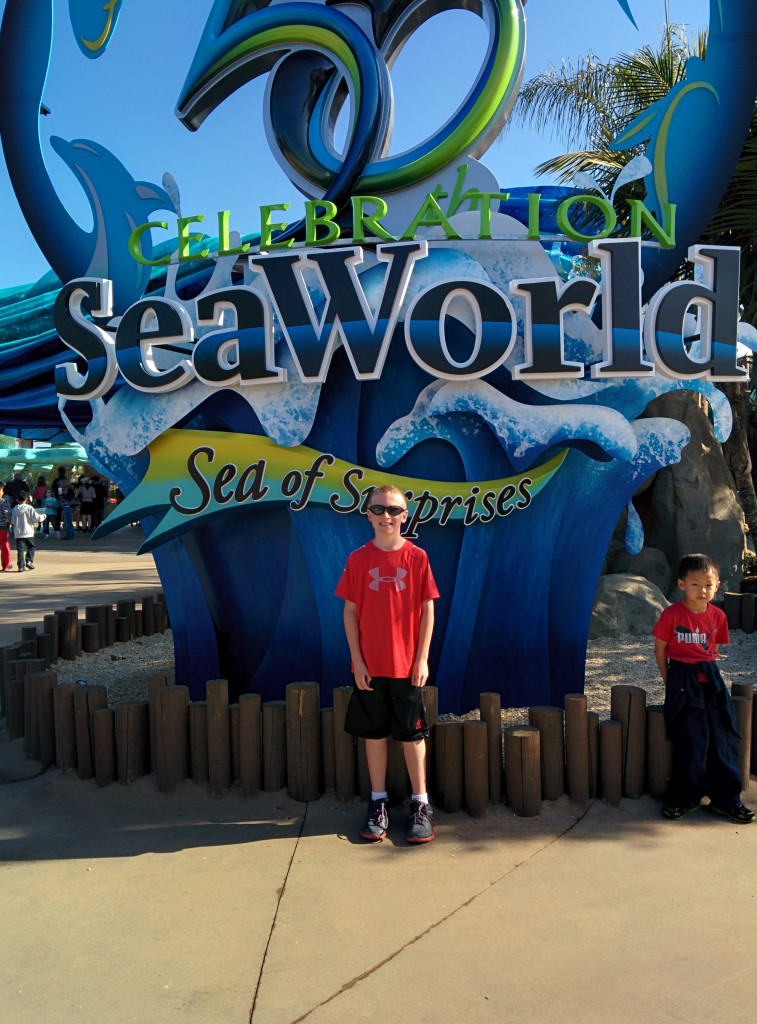 As I mentioned before, we were on vacation last week for spring break.  We we went to Southern California to visit the San Diego area as well as Anaheim.  While we were out there went to Legoland, Sea World, and spent a few days at Disneyland.  It was a great trip, everyone had so much fun.  My 8 year old was so sad to come home.  The last night of vacation he kept saying “thank you so much for bringing me on this vacation, it is so much fun.  You really thought of me the whole time planning it, I don’t want to leave.”  It was so much fun to see him get excited and having such a good time. 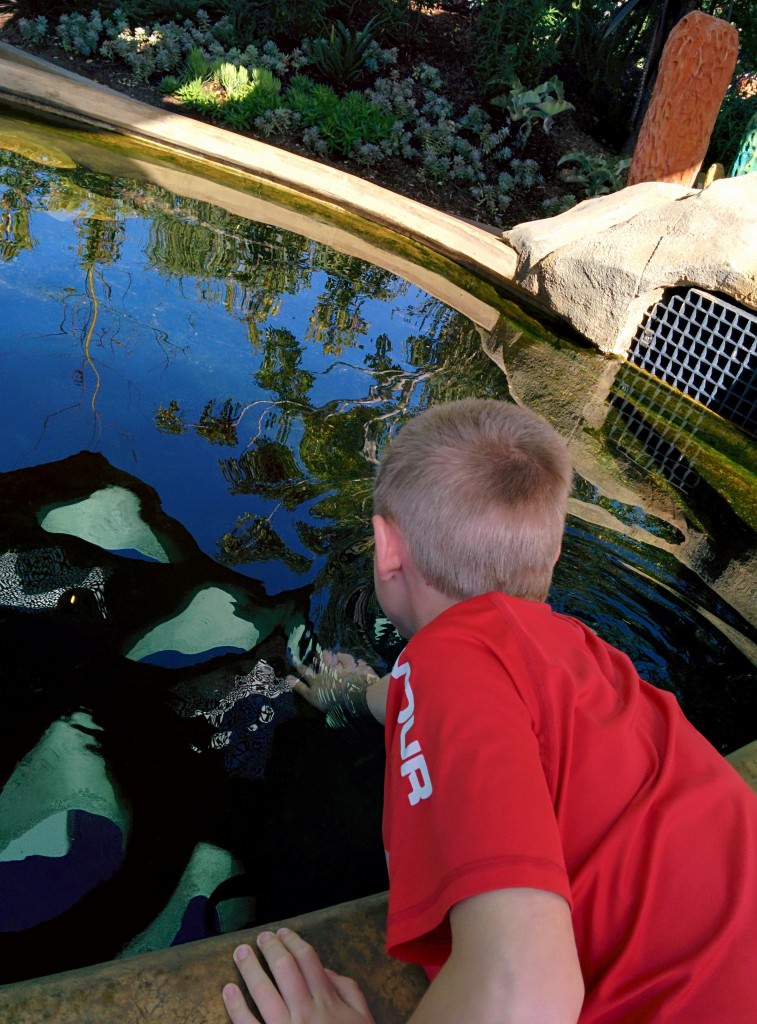 Sea World San Diego was the second park that we went to on our trip.  We were there on a Monday, which meant less people, which is always a good thing!  We got to the park about 30 minutes before it was scheduled to open.  They had just opened the new Explorer’s Reef (was actually scheduled to open on the 21st, but was open on the 17th), so we spent some time looking and touching the different sharks, crabs, and rays before the park officially opened.  Then we headed straight for the major roller coaster of the park, Manta.  My 8 year old did not want to ride, so he hung out right near the exit while we road it.  Perfect thing to head to right away, it was only a 5 minute wait.  If you are a fan of roller coasters, I strongly suggest you ride it!!  Later in the day we went to ride it again, only to have it be shut down by an angry swarm of bees in the area.  The bees managed to sting a few people as the ride went through them.  Kind of crazy! 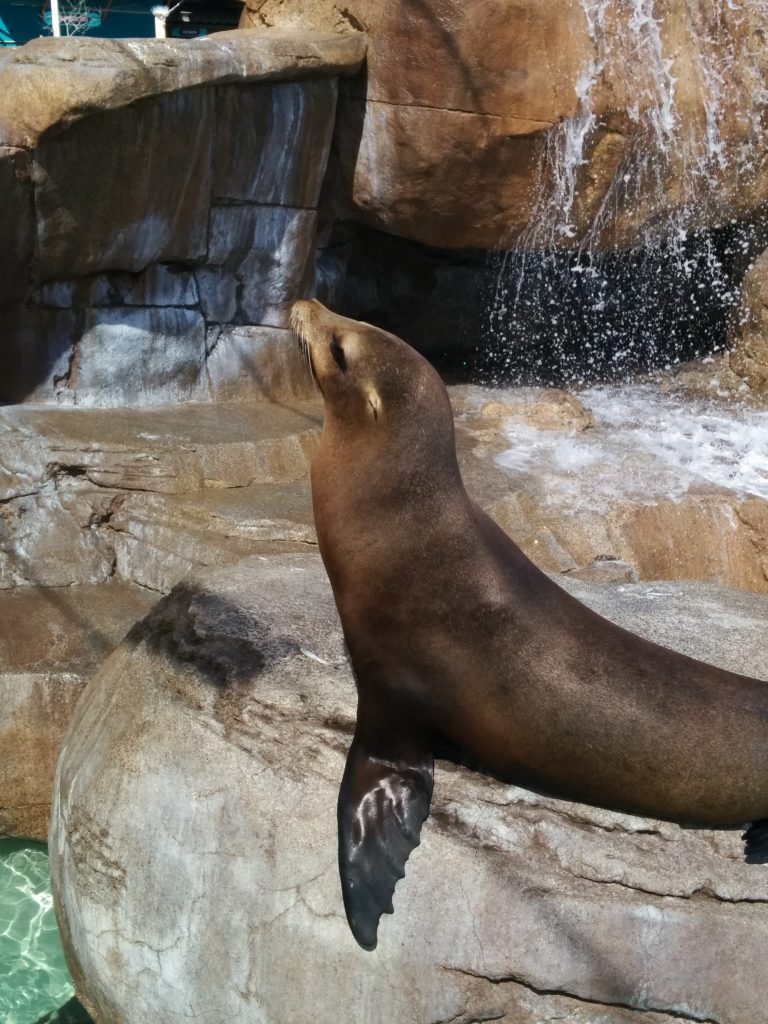 The shows were a favorite of everyone during the day.  We saw Sea Lions Live (very funny, and voted our favorite), Pet’s Rule, Blue Horizons (dolphin show), and One Ocean (Shamu show).  My 8 year old really wanted to sit in the splash zone for all of the shows, but I was not in the mood to get wet.  So we sat back farther, and he still loved it.  Each of the shows had a pre-show that was fun and entertaining as well.  My son is still telling some of the jokes and puns that he heard.  We also went on a few rides in the park.  Many of the rides are geared towards younger kids, so we skipped those. But the 3-D simulator was fun, and so were the gondolas.  The gondolas were a nice break to relax, but also enjoy the scenery. 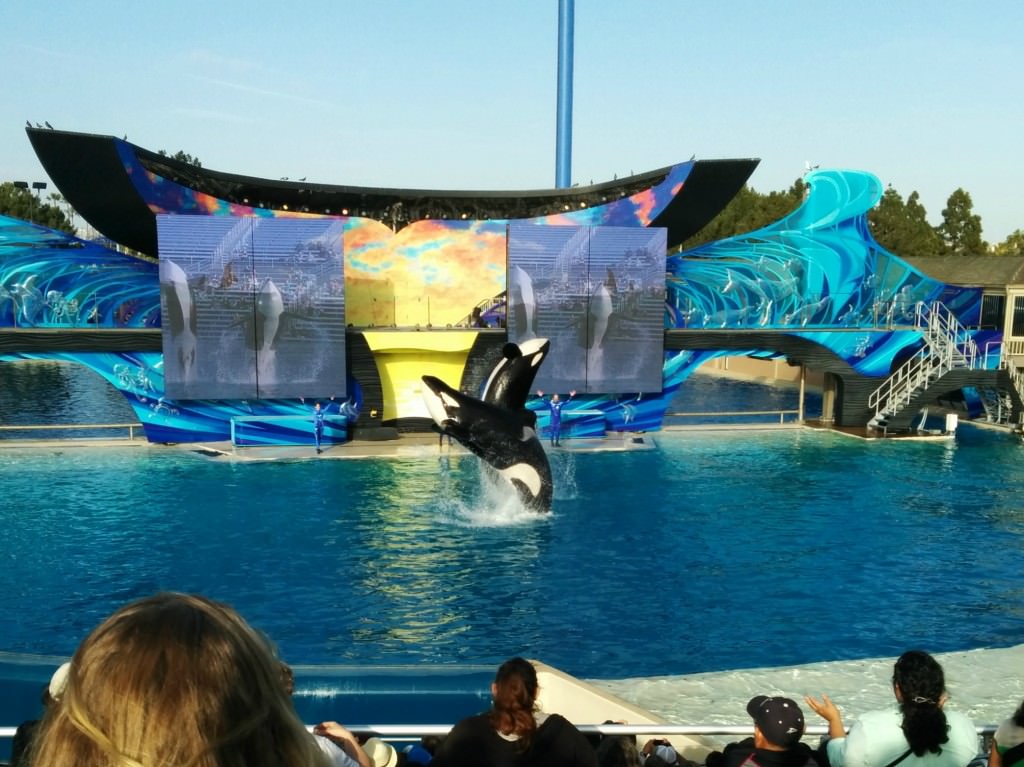 I haven’t been to Sea World in at least 10 years.  A few of the shows were a little different than their Orlando counter part, so it was a little change for the adults as well.  It was great to go again, and be able to share it with my son.  He was so in awe, and had such a great day.  His only fault with the day……he wasn’t allowed to sit in the splash zone.  I am going to count that as a success! 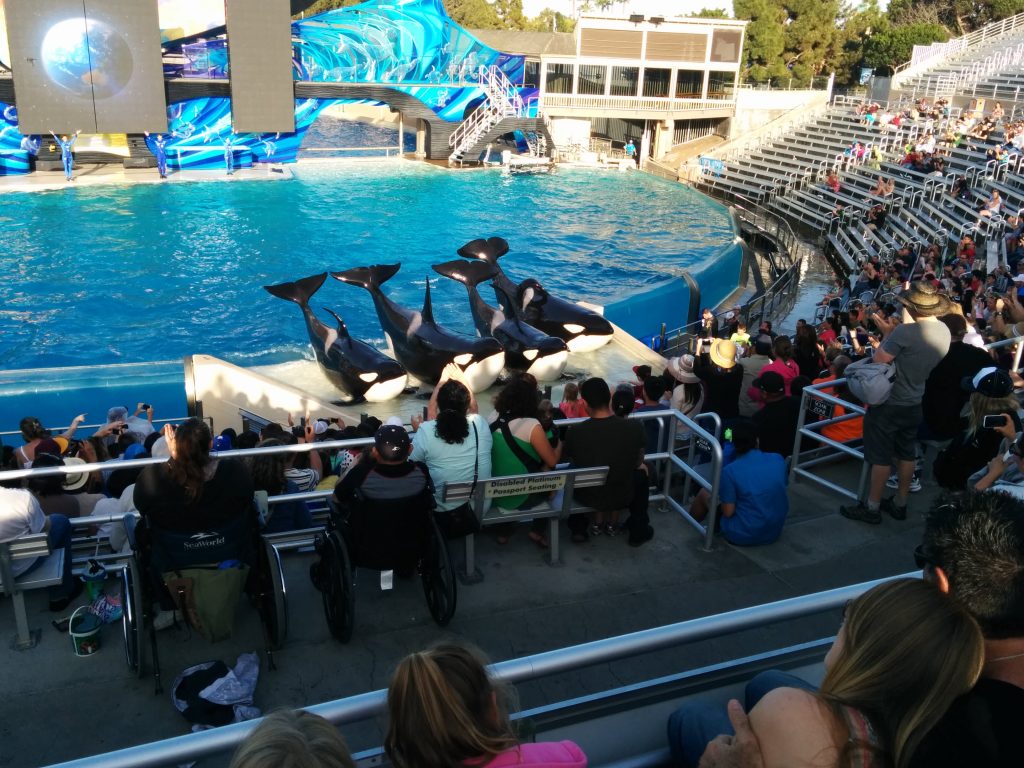 **I was not compensated for this post.  I received complimentary tickets to Sea World.  All thoughts and opinions are 100% my own.