Sheet Pan S’mores Tart – S’mores aren’t just for around the campfire, check out this tart with a light marshmallow meringue type topping! 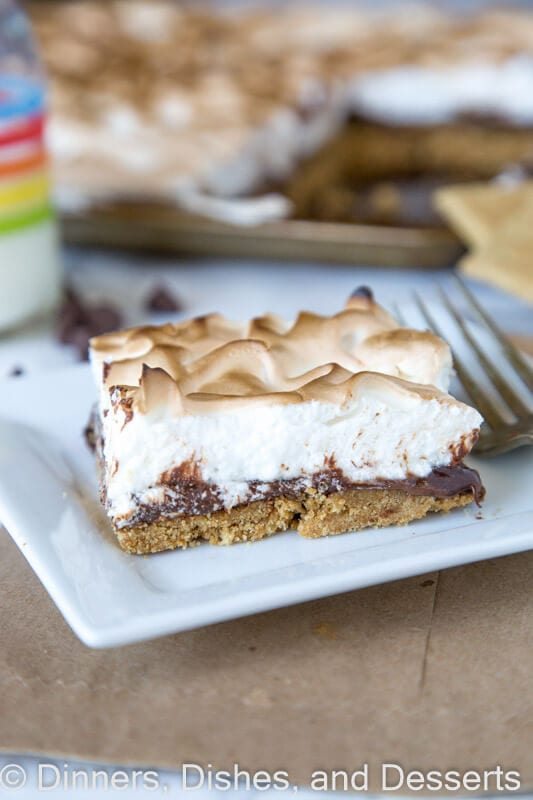 I think things are finally getting to be a little normal around here. The first part of the school year my husband and I were on a trip together, then my in-laws were here for about a week, and then I was gone again for a few days. But now we are all here, and settling in to a routine…at least a little. How is your fall routine going? Thankfully my son had a very easy adjustment to middle school, we were very lucky. I know plenty of kids who struggle with it, so I am happy he is loving it so much. He wants to be involved in pretty much every activity they offer, he doesn’t quite get how time is limited yet. So we will see what we can fit in, and hope he loves it as much as he thinks he will! 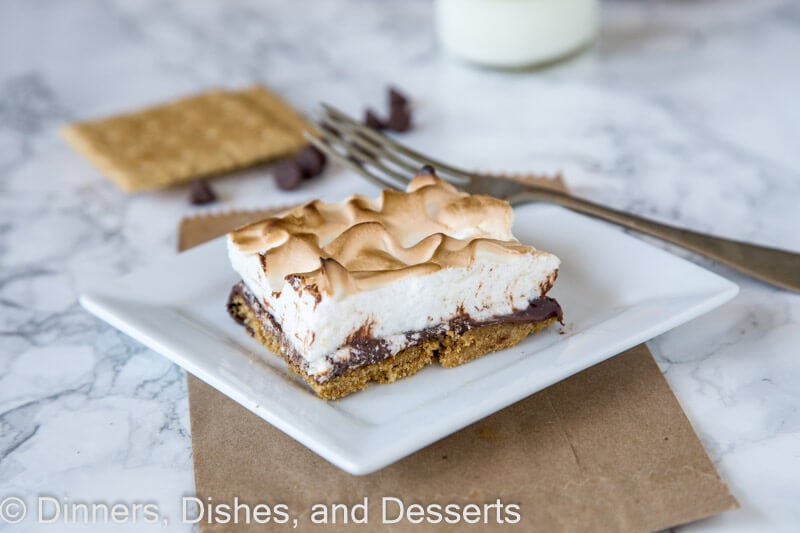 Summer may be pretty much over, but that doesn’t mean that you can’t enjoy s’mores again for the next 9 months. These sheet pan s’mores are made in the oven, and is a delicious and fun way to enjoy s’mores all year round! It looks super fancy, but is so easy to make. The crust is a little different than a normal graham cracker crust, because it uses egg whites to cut down on some of the fat and calories of all the butter normally used. If you have a graham cracker crust you really love, you could use that in it’s place, you will just need to make almost double from a normal pie crust recipe. Or you could cut everything else in half and just make these into an 8 inch square baking dish…whatever works!!

Sometimes meringue can be scary, but if you use a timer and follow the directions it works every time. Sometimes letting the mixer go for 2 minutes seems like over kill, but it really isn’t. So just trust the directions and you will end up with a super light and fluffy marshmallow like meringue, that you can just put under the broiler to brown. This s’mores tart came together way easier than I thought it would. I saw the picture in my Cooking Light magazine and knew I was going to make it immediately. But for some reason I thought it would be involved. Once I got started though, it was so easy. So trust me, and make this sheet pan s’mores tart this weekend!

Did you make this recipe?